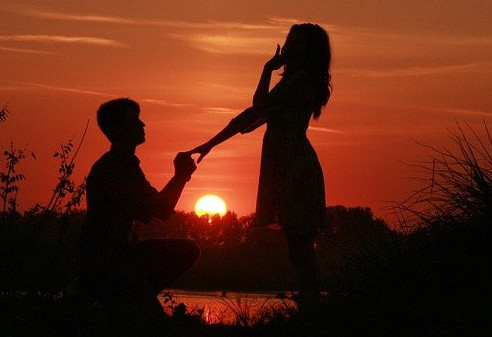 Fred sat at the corner of the restaurant, appraising the ring with a diamond on it. From his objective point of view, it was the perfect one for the occasion. He wore a bright white suit matching it perfectly with a blue tie. The colors blended in well with his brown skin tone. He looked breathtaking. Everything was ready, musicians in place just waiting for the signal, Dianne’s favorite food, and a bottle of champagne. Fred had a clear insight into how the night would turn out. He called her.

“Baby where are you. Aren’t you coming?” Fred asked anxiously.

“Calm down Freddy, am out here in front of the hotel. Just crossing over. I will be there in a minute.” Dianne said.

Fred sat down. He tried to state how he was feeling and how he was going to propose to her. The ring in the wine, or should it be in the food or cake or if he should just keep it in his pocket, he could not decide. He sipped his red wine slowly. His wine glass suddenly slipped off his finger crushing on the floor with a deafening sound and some wine soaking his suit. He cursed under his breath while trying to wipe it off his suit. At the same time, just outside the hotel, an accident had occurred.

Everyone rushed outside eager to see what happened. Fred too made his way out curious about all the commotion around. Shocked beyond words, he stood there motionless starring at a lifeless woman in a pool of blood. Dianne was lying there dead on the road. Taking one step at a time with the little energy he had left, he moved towards Dianne’s body and broke down to tears on his knees, something he had never done. His heart was pounding painfully in his chest as he struggled to breathe normally.

He closed his eyes trying to compose himself only to open them and find himself on his bed crying. It was just a dream. He felt so scared and terrified as it was that he had made up his mind to propose to his girlfriend Dianne that evening as they have dinner. It was like a road sign shouting ‘Danger ahead!’ He asked himself what the dream could mean but only came up with more questions than answers.

That day in the afternoon at his friend’s apartment, he recounted his dream to Steve who took it lightly saying it’s just a dream. How can a dream have every detail of how he planned the night to be, that is apart from the accident? Fred could not find an answer to that and Steve wasn’t of any help to his situation. As always, he was being playful as a kitten. Time was running out, it was almost evening.

Back at his apartment, Fred was in a dilemma. Should he cancel the dinner or not? He walked to and fro in his living room trying to think. He was brought back to reality by the ringing phone. It was Dianne!

“Freddy, I am sorry I won’t make it to the restaurant. Can I just come to your apartment please?”

“Or I can come to your apartment. Yes, am coming over!” Fred hung up, took the ring, and off he went. 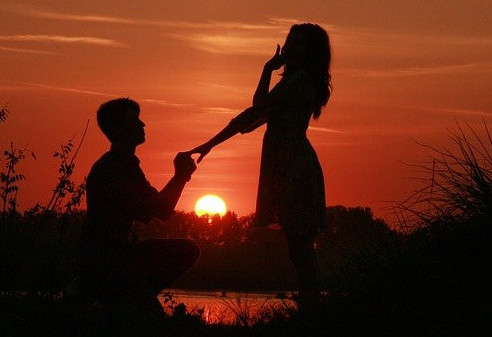 The two had been dating for two years. Fred was taking a bold step. He did not know how to show Dianne how much he loved and cherished her but thought that the proposal would say it all. At least his dilemma for the day was solved.

“Diane, will you marry me?” Those were the first words he said when Dianne opened the door.

Looking down at him, kneeling on one knee with a diamond ring in his hands, she did not know what to say as she stared intensely into his chocolate brown eyes. She was wrapped in their warmth as tears rolled down her cheeks. Fred was confused. He did not understand what he did wrong. It was supposed to be their happy day.

‘Why is she crying? Is it because she is happy or is it because…no no no.’ All sorts of questions raced through his mind as he stared back at Dianne waiting for the unknown. At last, she finally spoke. Breaking the intense eye contact, she turned her back to Fred and inhaled deeply.

“Freddy, I love you and you know it. I would do anything to marry you, to be with you for the rest of my life…”

“Then just say yes. Why are you crying like…”

“Am sorry Freddy but I have to say no.”